Home  »  General   »   Snakes are Scary Since They Contain Deadly Venom, but These 12 Non-Poisonous Snakes Will Make You Think Again 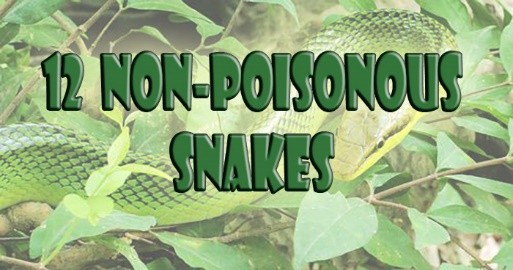 When we think of snakes, we immediately think about their fangs and how poisonous they can be. Cases of human beings who died because of snake bikes number by the hundreds each year across the world. Though snakes are known as fierce animals in the wild, the truth is that there are a lot of non-poisonous snakes out there. They look as scary as any other snakes out there, but they don’t possess deadly poisons. 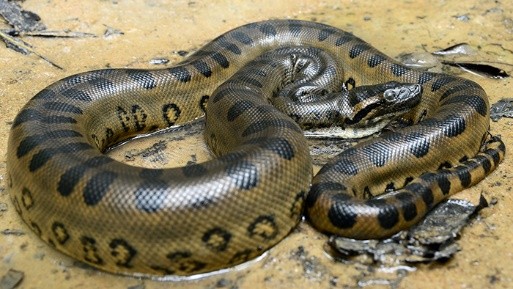 These are among the biggest snakes around the world and there is an entire movie dedicated to showcase how fierce and deadly it can be. Anacondas have an average size of 20 feet in length and can weigh up to 148kg. They can mostly be found in the Amazon Jungles. Despite being long, they are actually non-poisonous. They attack their preys mostly by choking them. They love preying on frogs, fish, birds and ducks. When they are attacked, they would rather escape than attack back even if their body size can give a good fight. 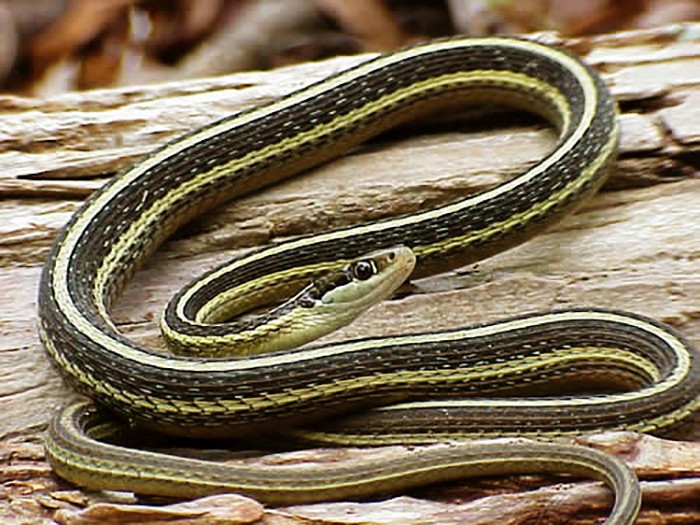 These snakes live near aquatic areas. They love strolling around lakes or swamps. They only grow up to 3 feet in length. They feed on animals that live near swampy areas such as frogs and small fish. They also have thinner bodies and are among the smaller snakes out there. 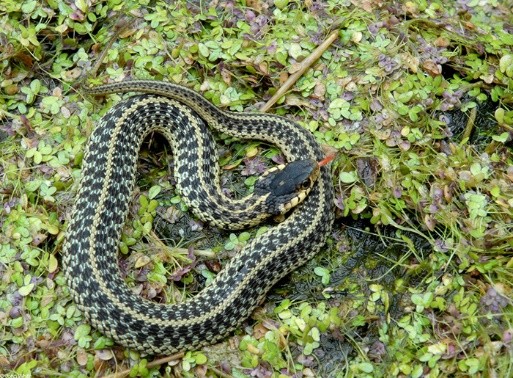 This species of snake can be found in grassy areas. They love places that are somewhat wet, but they don’t necessarily have to reside near swampy areas. They are also not that long. They can grow to an average length of 3 feet. Aside from being non-poisonous snakes, they are also unique in a sense that they give birth to a live young instead of hatching an egg. 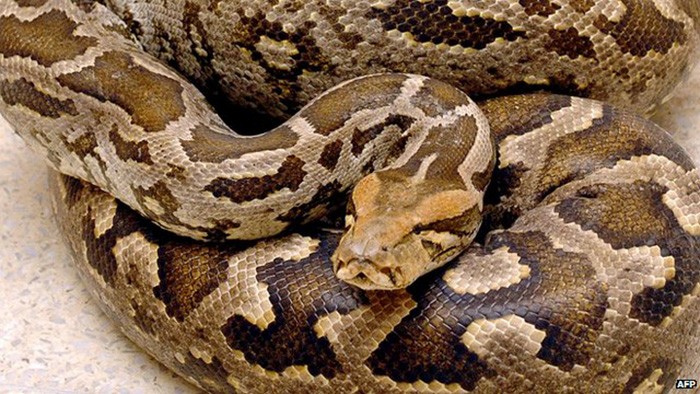 This is yet another fierce snake in the list that is surprisingly non-poisonous. We all know pythons as large and muscular snakes. By the looks of this snake alone, you will definitely be scared. Add to that the fact that they can grow up to 35 feet in length and can weigh over 300 pounds. They usually kill their preys by squeezing them to death. They will then swallow the prey at once. They can even kill animals that are as large as pigs or cats. Despite being long and scary, some people prefer to keep them as pets since they are non-venomous. It is not advised though. Though they are generally harmless to humans, we can never be sure.

This species can be found in areas with good vegetation. They love hiding in bushes and shrubs. They are also good in climbing trees to search for prey. They love spiders and grasshoppers. They are known to be very slender, but can grow longer than 3 feet. The good thing is that they do not bite. They can be found in almost all types of places. From Florida to Indiana and even the high Appalachian Mountains, they have been well-documented. 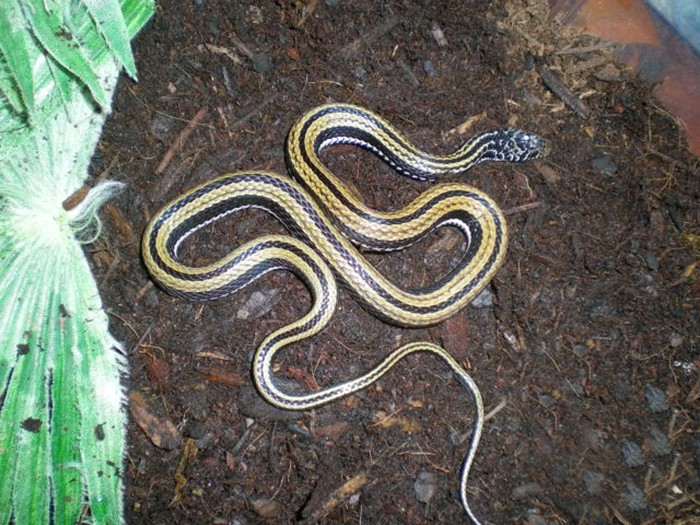 This can be found all over India and it closely resembles a water snake. It is a visual delight with its coloration. It is also small to medium-sized. It can survive in high elevations, even up to 2,000 feet high. 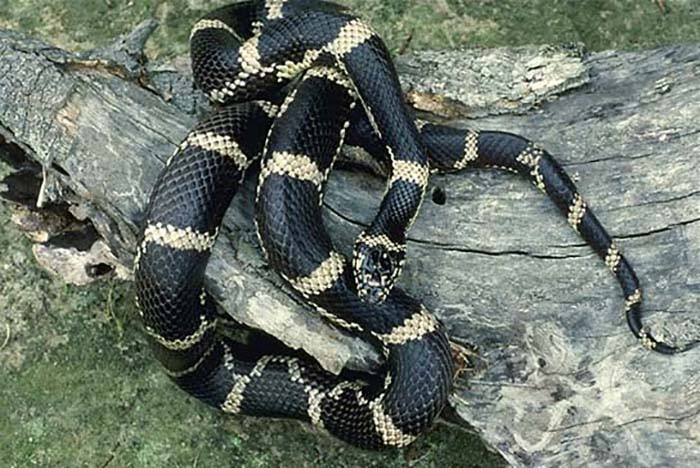 This is one of the more popular types of snake among enthusiasts. It can grow up to 5 feet in length. Its interesting chain-like pattern with white markings on a black or green background, make it look really lovely. They survive by hunting and they live in a humid weather. Despite having no poisons, they are actually strong enough to kill frogs, rats and even other snakes. They can even eat poisonous snakes and they are immune to their venom. 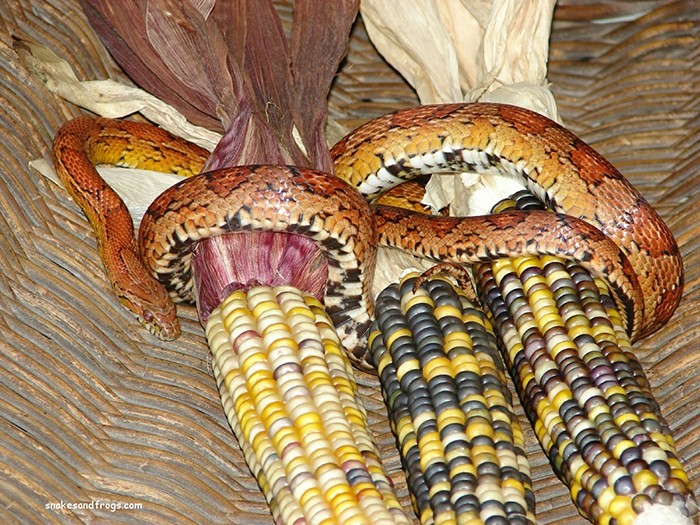 They are also called the red rat snake. They can grow to an average of 4 feet. It is also a visual delight as it has red or black blotches at the back with orange background. They might look cute and friendly, but they can be deadly to other animals. They can climb very high trees and search for bird nests. Lizards and frogs are among its favorite preys.

This is usually found in southeast Georgia. They can be seen crossing the roads during the day and they move really fast. They can also grow up to 4 feet in length. Though they seem scary to humans, they are just a big threat to mice, rats and frogs. They also prey on other snakes too. 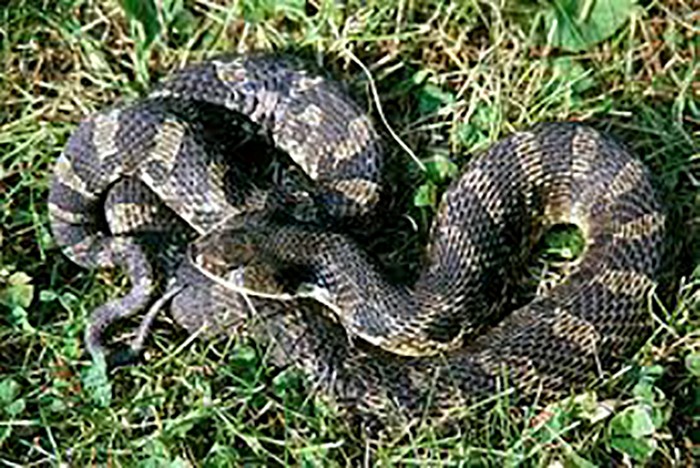 These snakes prefer living in sandy or soiled areas. They love roaming around cultivated fields and meadows. They can also survive weather they live on sea level or as high as 2,500 feet. They can be found in Minnesota, New Hampshire and Florida. They have a slightly upturned snout, hence the name. 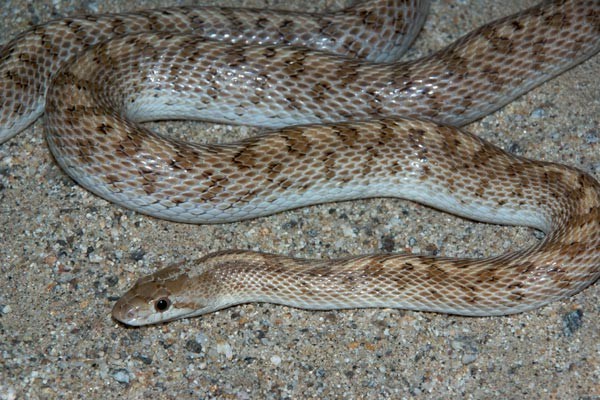 This is also a visually appealing snake. It has wide red bands and is separated by black-bordered yellow bands. They love residing in sandy or loamy areas. They are commonly found in North America.

These snakes prove that not all of them are poisonous and deadly as we think they are. They can still find their preys by killing them through other means. Though they do not necessarily pose direct threats to humans, we still have to be careful of them. Some of them can grow to an unbelievable length and have the ability to swallow large items at once. However, when we are friendly to them, they can just be calm and will focus only on their target preys.