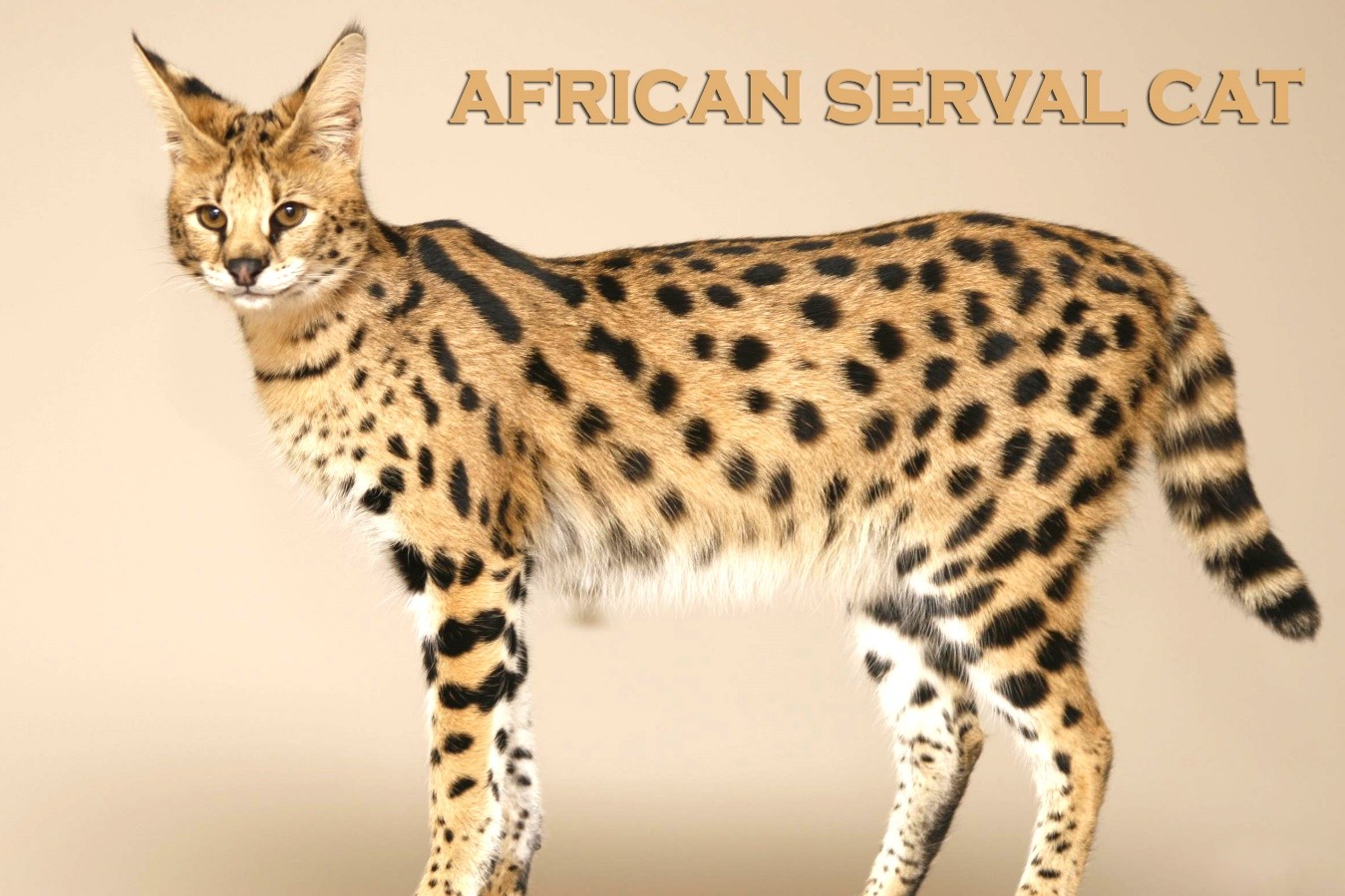 Owning a cat for a pet is much cheaper than owning a dog. A cat consumes less food, is easier to groom and clean and is obviously smaller, so it is easier to take along on trips. There are so many cat species that can serve as pets, but do you know that there is one cat species that you will be surprised to know can actually be domesticated? The serval cat is an African wild cat that is commonly found in the Sahara desert.

Although considered a wild cat, many African serval owners have successfully domesticated it to become pets instead of the usual already-domesticated cats. If you are planning to own a serval cat for a pet, first there are some things that you need to know.

You can’t just own an African serval on a whim.

There are some states that prohibit the ownership of African serval cats, and some require that you obtain a license to own one. As they are wild animals, they are generally not suitable to become household pets, thus the strict regulations.

Are you allowed own a serval cat in your area? 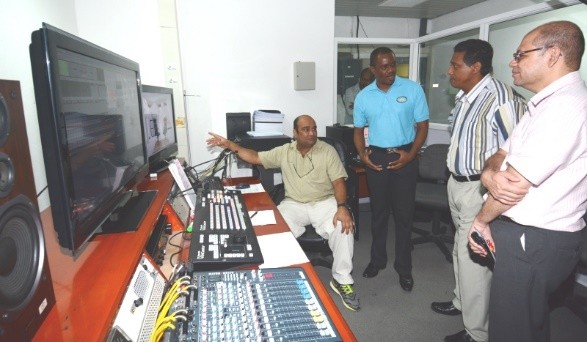 Because their ownership is regulated, make sure to check first with your local authorities if your state allows serval cat ownership. If you don’t and just assumed that you can own one, you may be faced with fines or penalties and the cat may be taken away from you. 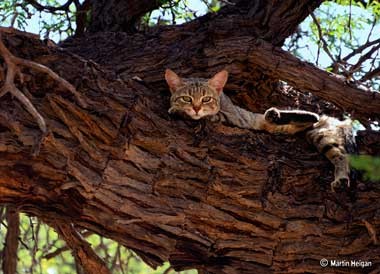 They need a resemblance of their natural habitat if you are to keep them as a pet at home. Their natural activities of climbing, running around, swimming, exploring and hunting should not be deprived of them. So if you live in an urban area without much space, it may be difficult to own one.

Their diet is different from the domesticated cat’s diet. Know the foods that they should be fed and those that they should not eat. They are bigger than the average cat, so expect to feed them more. 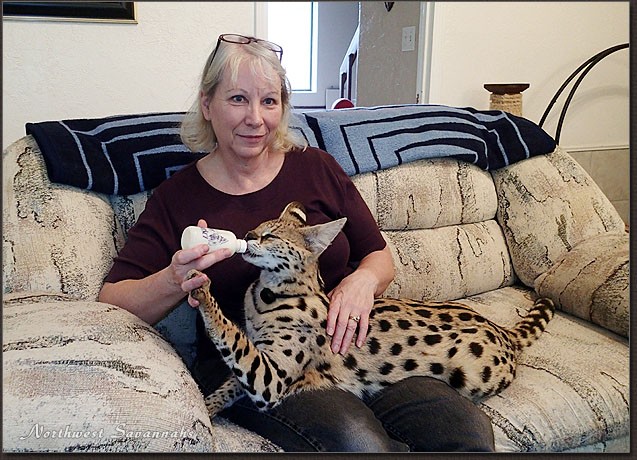 Being naturally wild animals, expect rough play. They may knock down knick knacks and small furniture, so be prepared for that. If you have a lot of breakables indoors, then they should not be let to roam around to avoid any accidents.

Rough play is this cat’s game.

Although there is not a very high possibility of African serval cats hurting children, in some cases it may happen. When servals play, they play with the paws and teeth, so beware if you have small children, as the servals may view them not as playmates but as preys.

They can be tamed and trained to behave around other humans, but remember that they are still wild animals and you should not be overly confident of your serval’s behavior, because when it feels threatened, it may forget its training. 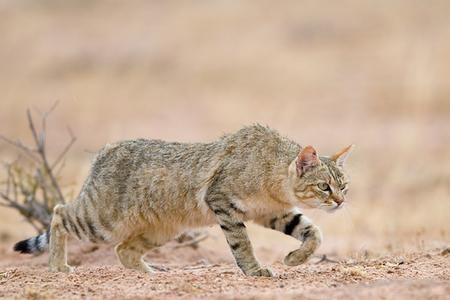 The African servals are hailed as one of the best hunters in the wild, with a kill rate of 50%. This being said, even if they are already tamed and domesticated, they still have that killing instinct, which may not always be eliminated upon domestication. 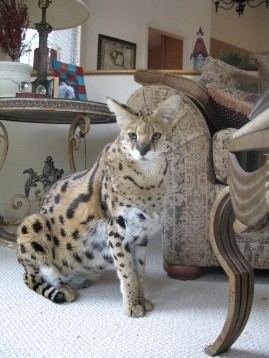 Having a serval cat at home is like having a baby. You must serval-proof your home because they are very active and curious, and these behaviors may also cause them harm, such as being electrocuted when they come or play near power outlets.

Their appearance is very different from small cats. They have one of the longest legs in the feline family and the largest ears too. Their coat is covered with dark spots and stripes on light colored fur.

They are cuddly, but boy are they heavy! 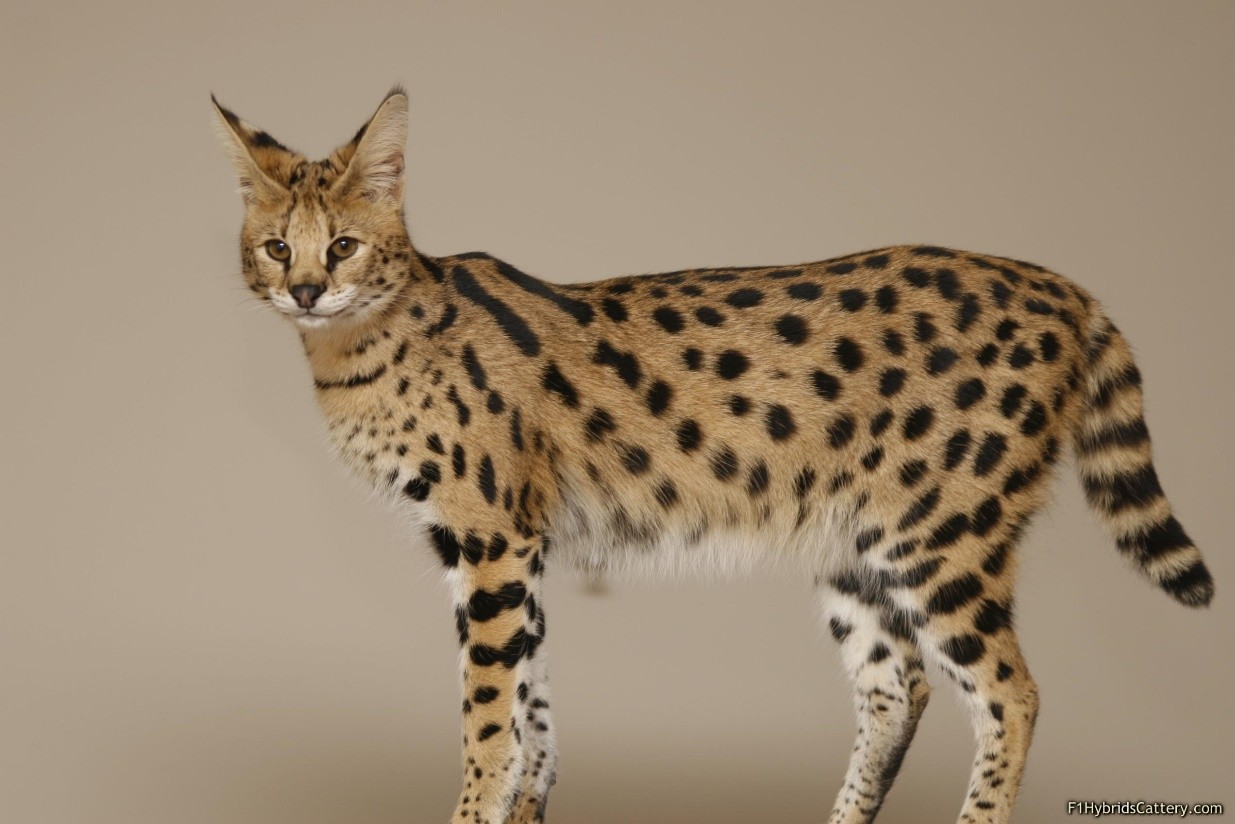 They can grow from 17 to 40 pounds, and that is heavy for cats, so you must be prepared to lug a heavy cat with you. It may prove to be a difficult task to cuddle with your serval on the couch, what with its big body, long legs and generally heavy weight.

They are NOT cheetahs. 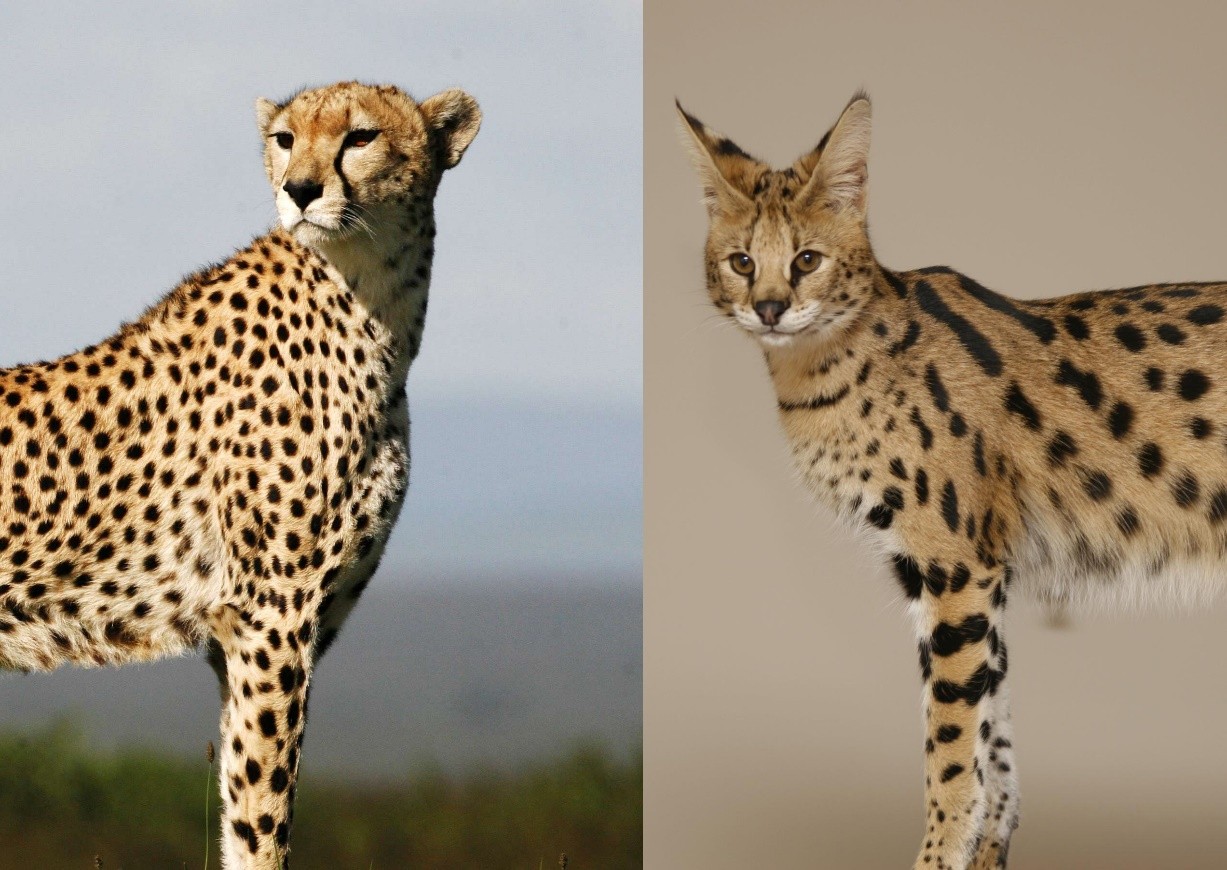 Although they look like cheetahs, they are actually of a different species. They may have the same stance, the same color of fur and spots, but that is where the similarities end. African serval cats do not belong to the same family as the cheetahs.

Head butt as a form of fondness? 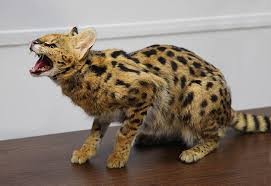 One form of expressing their affection towards their owners is through head butts. They can be very forceful, so be careful when they get affectionate. They may not mean it, but their size is enough indication that they can be rough.

Evaluate your situation before saying yes to a serval cat. 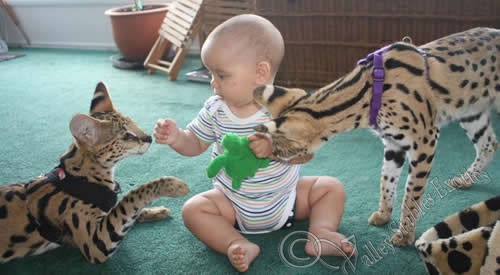 Remember that although it is possible to own an African serval cat, it is not suitable for everyone. Evaluate your situation first before you decide if you really want one and your living condition permits it. Having small kids is already a no-no.

Where to find a breeder 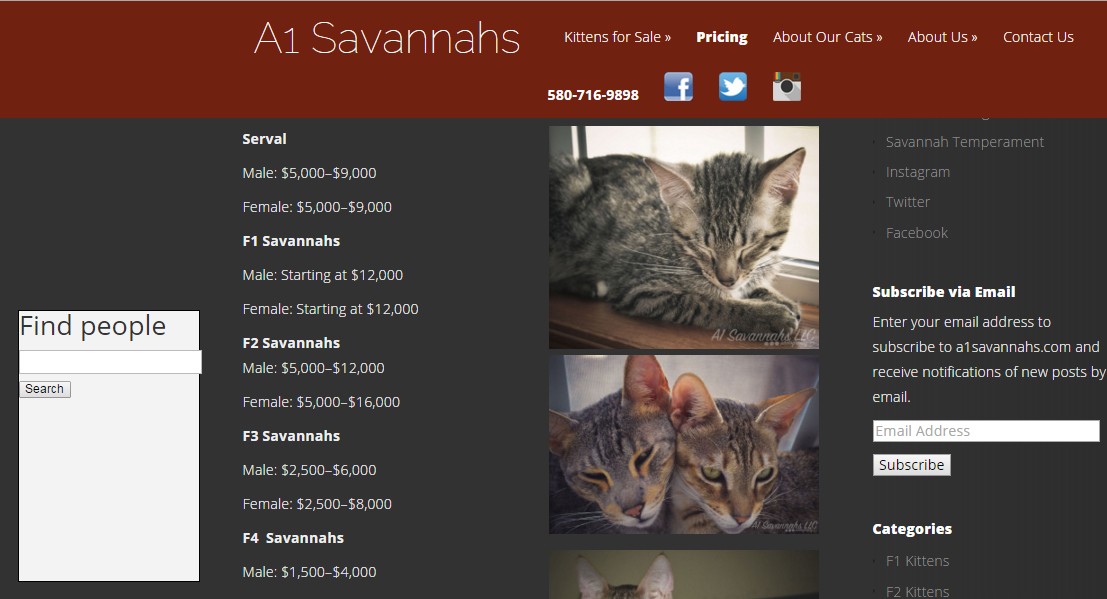 If you are allowed to keep a serval as a pet but you don’t know where to get one, there may be local breeders that you can visit or there are importers of African serval cats that cater to clients all over the world. Remember though that importing them will be much more expensive and you may need to show permits to do so.

Just like any other cat breed, servals need the proper care and attention that you would give to your pet, maybe even more. And do not forget that they are still wild cats, and although they can be domesticated, they may still exhibit some wild behaviors, so you have to be cautious, especially if you have kids at home. Overall, the African serval cat can be cared for as a domesticated pet, as long as the right caution and care are undertaken.